Home Wellness Kissing Tonsils: Everything You Need To Know 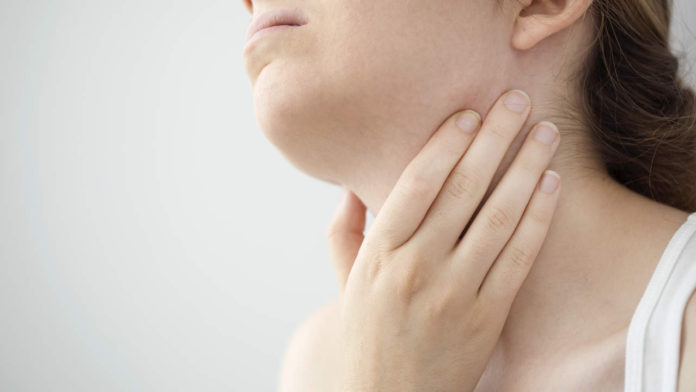 Tonsils are defined as lymphoid tissue. They contain lymphocytes, or white blood cells, which are known for their pathogen fighting properties. Located at the back of the mouth, on either side of the throat, they play a huge role in keeping viruses and bacteria from getting into the body via this route.

When tonsils grow larger in size, it’s usually due to inflammation caused by the very bacteria or viral infections they try to prevent. As the tonsils grow in size, they may touch, and in some cases, cause a number of health threatening symptoms.

In severe cases, the problematic tonsils may have to be removed through a procedure referred to as a tonsillectomy.

In young children, tonsils play an important role in programming the immune system. This simply means that they are involved in pointing out what is foreign and what is not to the immune system. As such, tonsils tend to be quite active during this period, resulting in their large size. As we grow older, and the immune system becomes stronger, so their size decreases.

It is worth noting that people who experience recurrent tonsil infections, allergies and colds may have enlarged tonsils throughout.

Kissing tonsils are associated with a variety of health effects including snoring and breathing problems. This is due to the fact that enlarged tonsils cause a significant obstruction in the upper throat area. In young kids, snoring has been linked to a variety of health issues including asthma, chronic coughing, memory and concentration issues among others.

Obstructive sleep apnea, which is closely linked to snoring, in both children and adults, has been linked to regular urination at night and sexual dysfunction.

When to See a Doctor

It is important to mention that people who have oversized tonsils do not necessarily have to go in for treatment. If there are no underlying physical conditions behind the swollen or kissing tonsils, they you can wait and see if their size reduces over time.

On the other hand, if the swollen tonsils cause you physical discomfort, snoring and breathing issues, it is recommended that you see a qualified doctor. If you experience any of the other symptoms listed above, including concentration issues and nasal congestion and fatigue during the day, you should also see a doctor.

The doctor may recommend different treatment approaches to address the problem. In some cases a nasal spray may be enough to resolve the problem. In serious cases however, surgical removal of the enlarged tonsils, tonsillectomy, may be the only course of action.

The tonsillectomy procedure may be done through a number of ways including Coblator, laser, traditional dissection, electric cautery and microdebrider. Most doctors specialize in a number of these procedures; as such, you will be able to choose, under the guidance of your doctor, a method suited to your specific situation.

So kissing tonsils aren’t a serious condition and therefore shouldn’t put you under too much stress. But if you begin to experience more severe symptoms because of them then make sure you visit your doctor immediately.

How Long Can You Live With Mitral Valve Regurgitation?

Why Dahabiya cruise on Nile is so highly recommended?

Getting Noticed: Which 4 Traits Are Employers Looking For When Searching For New Talent?

Seek Help On Line To Meet Your Assignment Deadline

Trying to establish a new business is a huge deal. You have to be very careful with each of your steps to avoid making...

Selling Like Hotcakes: 9 Tips For Dominating The Online Auction Listings