Home Business Get The Facts Right: 7 Reasons Why Apple’s Iphone 6s Is Better... 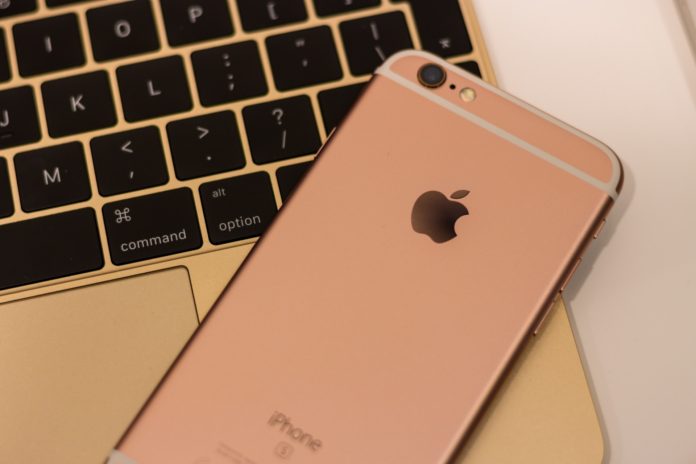 Although the iPhone is known for having fairly good battery life, there are always going to be times when more juice is needed. Whether you’re streaming music or video content, playing Pokemon Go or doing something else, having a battery case for your iPhone 6s or another model is helpful and even wise. The one that is considered the very best is the official Smart Battery case, which is compatible with not only the iPhone 6s but the 6 as well.

Of course, if you are looking for an iPhone charger case, there are plenty on the market, including those no-name brands that are available with very cheap price tags. However, as the saying goes, you get what you pay for, and those probably won’t last too long. Apple’s iPhone 6s Smart Battery case, on the other hand, is far superior. It may look a little off thanks to the hump on its back, but just as in life, looks aren’t necessarily the most important thing. In general, there are seven good reasons why the iPhone 6s Smart Battery case is better than any other battery case you can buy.

Drains Power from the Case First

One thing that separates Apple’s iPhone 6s Smart Battery case from other standard battery cases is that it always drains power from the case itself first. That means when you’re using it, you won’t have to worry about losing power from your iPhone first when both the phone and the case are at 100 percent. This means you can simply remove the Smart Battery case once the battery is empty. Other cases simply drain the battery of the iPhone faster, which means if the case has lost power, the phone’s battery will also gradually deplete. Apple puts a high priority on iPhone users getting the maximum use from their devices and has done a great job of doing that with this particular feature.

There is No On and Off Switch

Other battery cases for the iPhone, as well as those for Android phones, have an on and off switch. Apple’s iPhone 6s Smart Battery case doesn’t have this feature and doesn’t even need it. Instead of sliding your iPhone into the case and having to press a button or flip a switch, that’s all that’s needed to begin charging. It also means there’s no chance of accidentally turning off the switch or button and having your iPhone’s battery drain when you want it to charge and you need to get the most use from it.

A major departure of the iPhone 6s Smart Battery case from other battery cases is that Apple made sure to create it with an integrated antenna. This ensures that the overall network performance of the iPhone is not adversely affected like the iPhone 4 “antenna-gate” issue. In other words, if you need to make or accept a phone call, you should be perfectly fine during that call and not have any problems with your connection thanks to the construction of the Smart Battery case and its integrated antenna.

Does Not Need a Headphone Jack Extender

Third-party iPhone battery cases have a big problem when it comes to the headphone jack. Because of the thickness of the cases, it can be difficult, if not impossible, to plug in your favourite set of headphones or earphones to listen to music while charging your phone in one of them. You need an extra accessory in the form of a headphone jack extender to be able to do so. With the iPhone 6s Smart Battery case, however, you don’t have those worries. Apple made the case in such a way that you can simply slip your headphones or earphones in the jack without the need for an extender.

While standard battery cases merely do a decent job of charging your iPhone, the iPhone 6s Smart Battery case goes a few steps further and also offers better protection. This is because there is a lip that travels around the entire front of the phone to protect the display. Additionally, the inside of the Smart Battery case also has a microfiber finish that can cushion it in the event that you drop your iPhone. Third-party battery cases merely have hard plastic on the interior that doesn’t do anything to protect the device.

Charges Both Devices at the Same Time

You can charge both your iPhone and the iPhone 6s Smart Battery case at the same time. This is something you cannot do with a third-party battery case. To do this, all you need is a 10W power USB adapter like the one that is available for the iPad and a Lightning charger. Both the iPhone and the Smart Battery case will fully charge within two hours’ time. The case has an integrated Lightning port that makes this all possible.

Factors That Should Influence The Re-Evaluation Of Old Mining Pumps

Get The Facts Right: 7 Reasons Why Apple’s Iphone 6s Is Better Than Other...

Double Glazing Windows- How Beneficial It Is For Your House

Electrical work done by a professional electrician is also usually warranted, meaning if the problem persists or reoccurs, they will come back to fix...

A Few Tips On Selecting Video Conferencing Equipment For Your Business